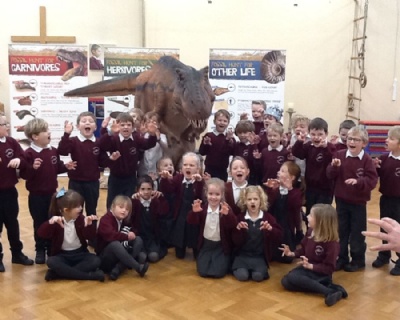 Zebra class had a very exciting visit from a T Rex and become fossil hunters for the day!

Not just one, but two dinosaurs came to visit.  We had Baby Jack, who sweetly poked his red and brown head out of his little basket, he was only six months old! When Baby Jack became tired we had to say goodbye to him, but the fun didn’t stop there! In came the huge T-Rex, Sophie, who was so tall that we had to help her duck under the doors, but this meant that her tail went wild and almost knocked us all over!

We learnt lots of fascinating facts about the T-Rex, such as we could have been eaten all up as she was a meat eater. This meant everyone had to be careful when stroking her. We do hope she didn’t gobble anyone up!

A little while later Zebra Class became fossil hunters searching through sand to find fossils; they were amazing. We found fish, teeth from dinosaurs’ mouths, horns and spikes. We used paintbrushes to dust off the fossils, so we could look at all the details.

We had a fantastic time on our Dinosaur Day! Here are some pictures of the day. 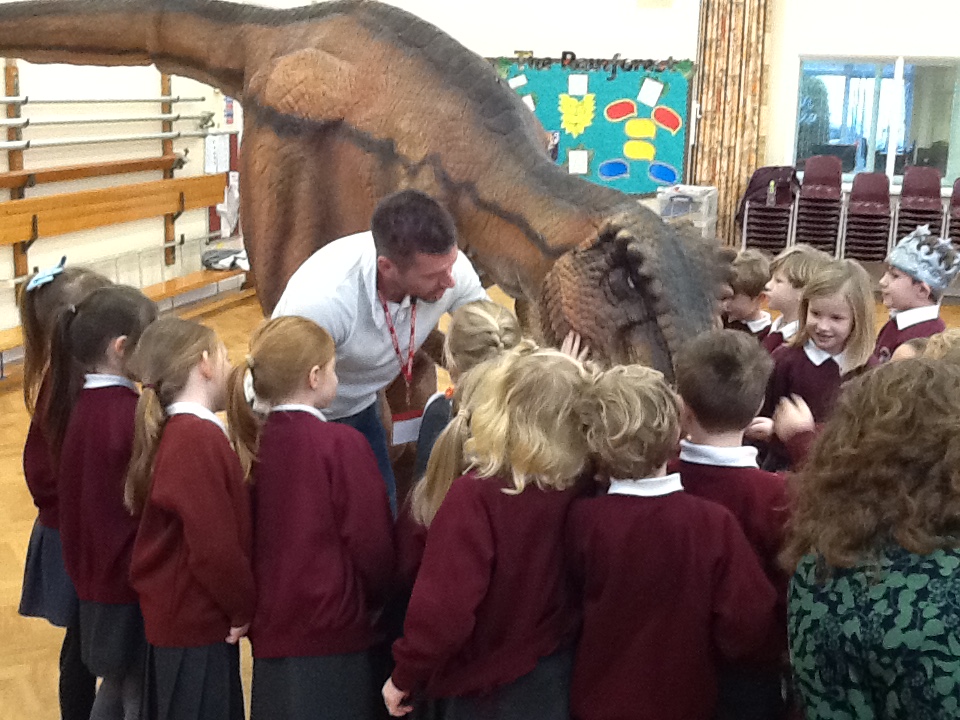 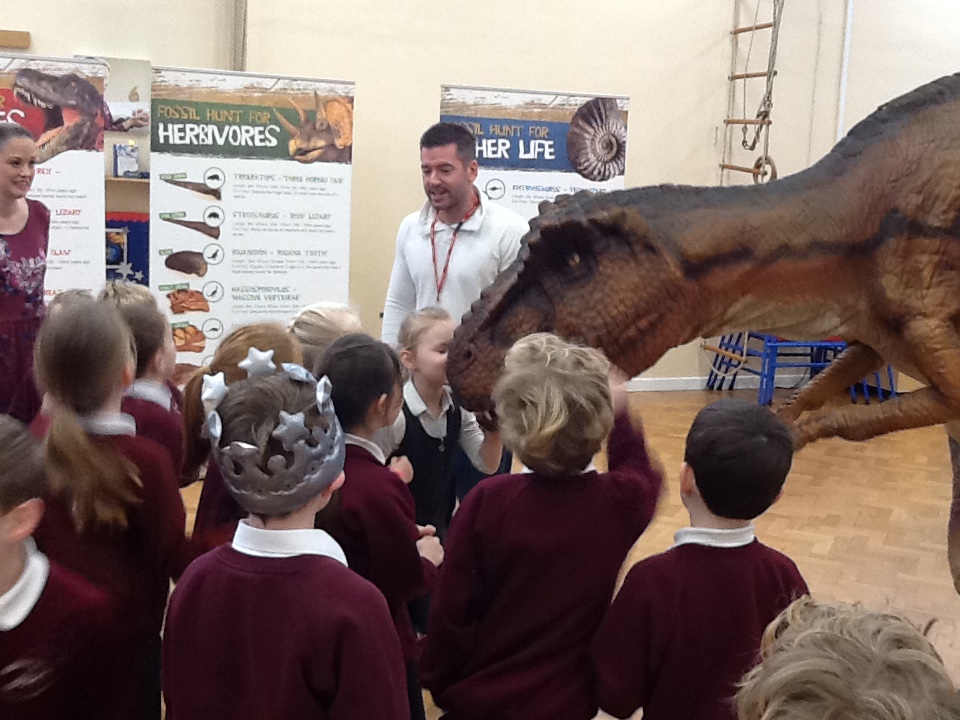 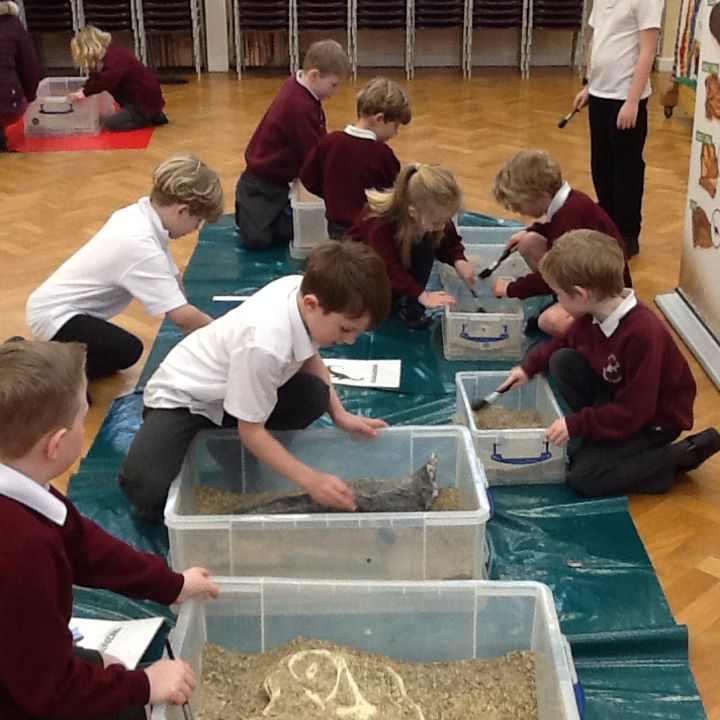 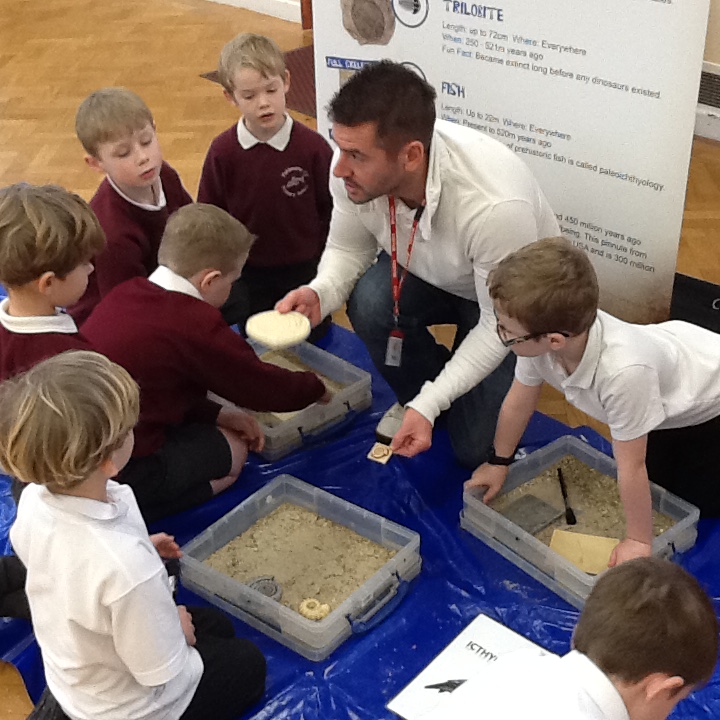